Tapio Wirkkala Rut Bryk design award goes to the bold ceramic artist Hinrich Kröger – the winner’s work will be on display for this weekend only!

The first Tapio Wirkkala Rut Bryk prize was awarded in 2016 in honor of the memory of the noted artist/designer couple during the celebration of their centennial year. The award is given out every three years and this year marks the second time the prize is awarded. The ceremony will be held on the birthday of Rut Bryk, October 18, 2019. The award is given in recognition of professional excellence, bold new design thinking, and skilled knowledge of materials and traditional artisanry.

The winner was chosen by Docent, PhD Harri Kalha and the ceramic artist Nathalie Lautenbacher who unanimously selected the Berlin-based artist Hinrich Kröger. “The award recognizes a furiously prolific artist whose exuberant work pushes the boundaries of good taste by ingeniously fusing the exquisite fragility of porcelain with trash aesthetics and erotica,” comments Kalha and Lautenbacher. A selection of Kröger’s porcelain pieces will be on display at EMMA’s Bryk Wirkkala Visible Storage for one weekend, October 18–19, 2019. 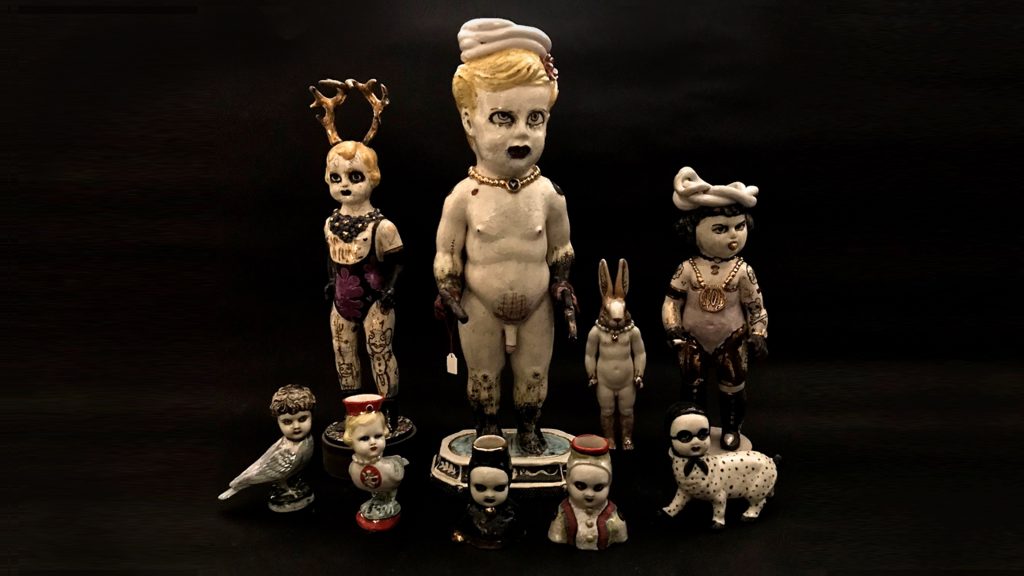 Kröger (b. 1965) studied both ceramics and visual arts, which can be seen in the form and painterly surfaces of his work. Kröger’s gallery and studio are located in Berlin’s Mitte district, where he has been creating his unique, colorful figurines, sculptures and vessel since 1996. The internationally acclaimed artist describes his bold work as “folk art”. 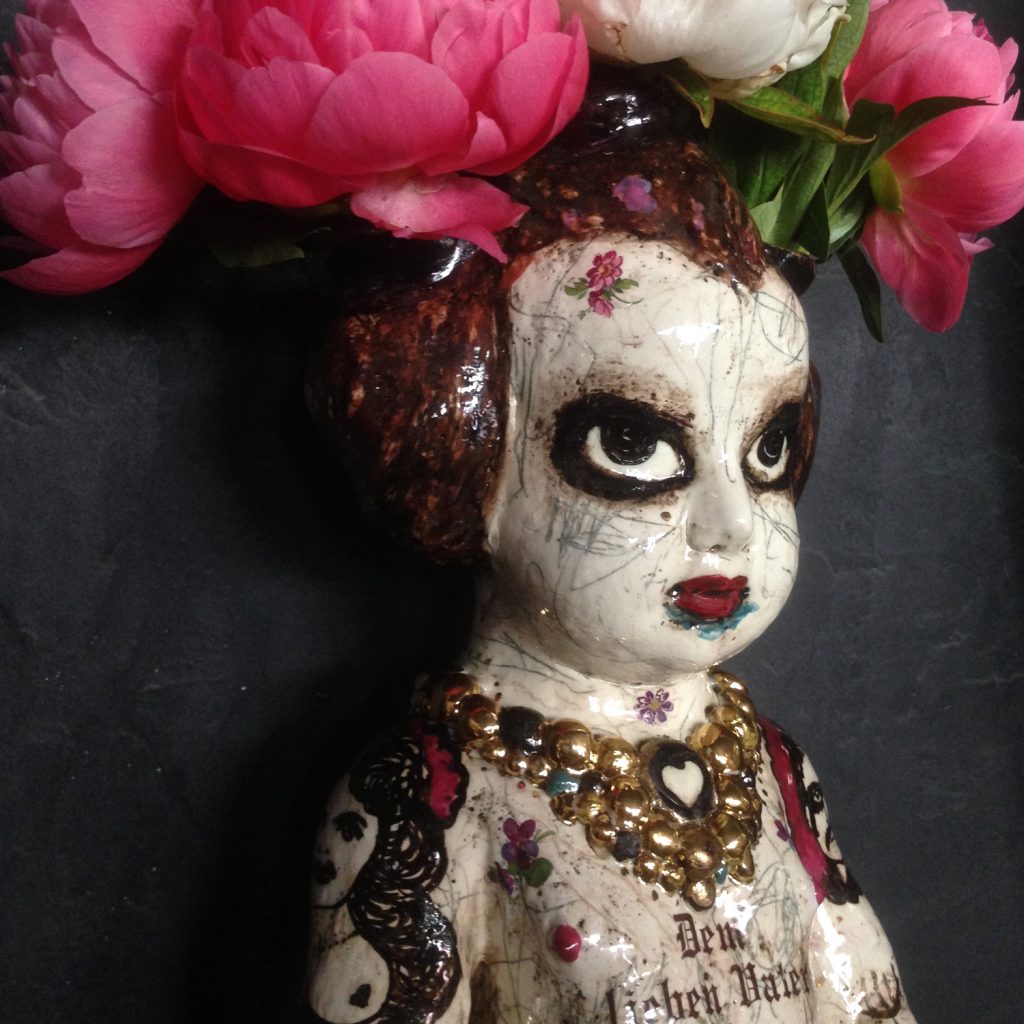 He is represented in numerous private and public collections, and his recent collaborations include a project with Jean-Paul Gaultier, whose collection featured images of Kröger’s art. 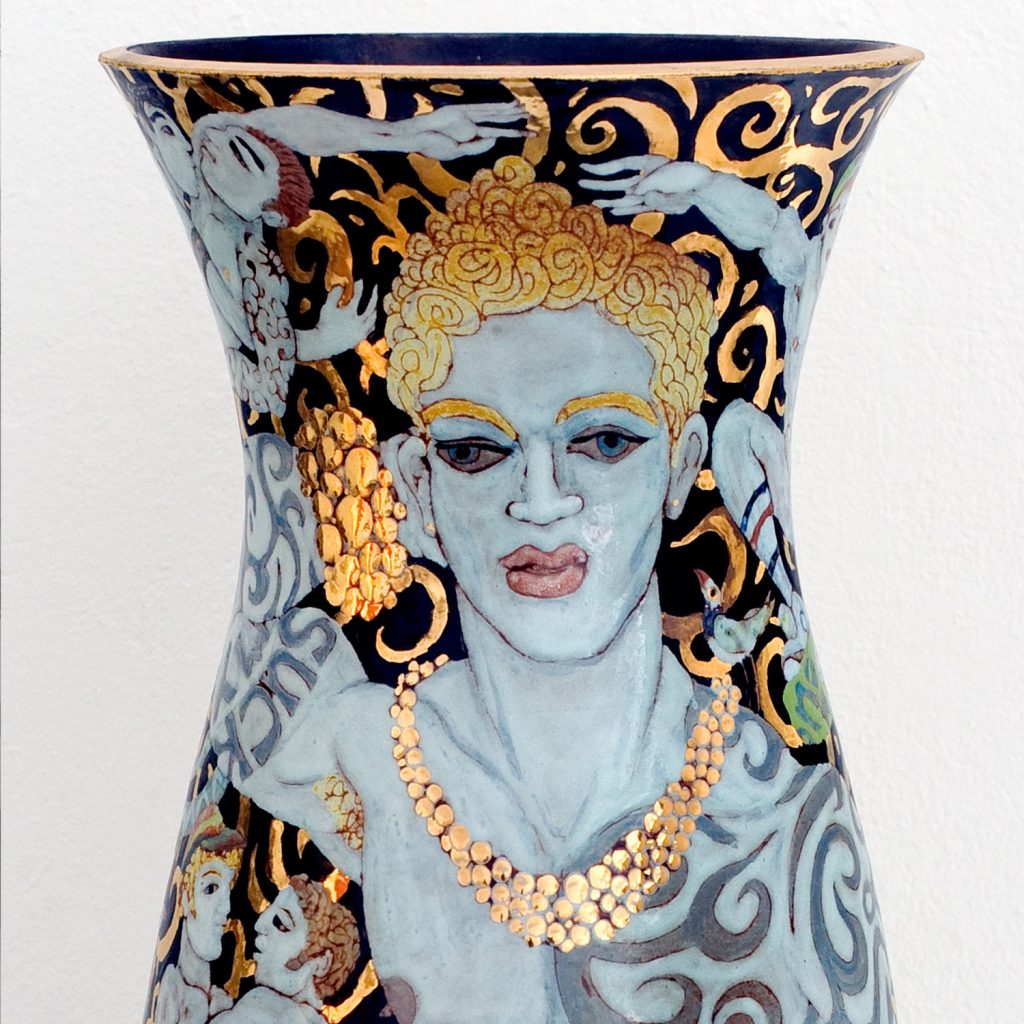 Photos and works by Hinrich Kröger