The Society Machine is a collaborative piece by artist Birger Carlstedt and architect Erik Kråkström. It was designed for the Swedish social and municipal college at Topeliuksenkatu in Helsinki, a building which Kråkström was head architect for. Both the artwork and the building were completed in 1964. The industrial aesthetics of The Society Machine – saved from the now-condemned building – are right at home with the architecture of the WeeGee house designed by Aarno Ruusuvuori that very same year. Also, it is a unique addition to the EMMA Collection which is in part focused on modernism.

The Society Machine is a monochromatic painted relief originally located in the lobby of the college building next to a lush inner courtyard. It is comprised of industrial wooden casting models which Kråkström collected with his assistant from the Wärtsilä industrial park in Hakaniemi in Helsinki.

Erik Kråkström invited artist Birger Carlstedt to create a work of art using the models. Kråkström and Carlstedt had met each other at Nuottaniemi in Espoo where they both lived, Carlstedt in a villa his parents had built and Kråkström in the vicinity. The Society Machine is an exceptional collaborative piece in Carlstedt’s oeuvre. 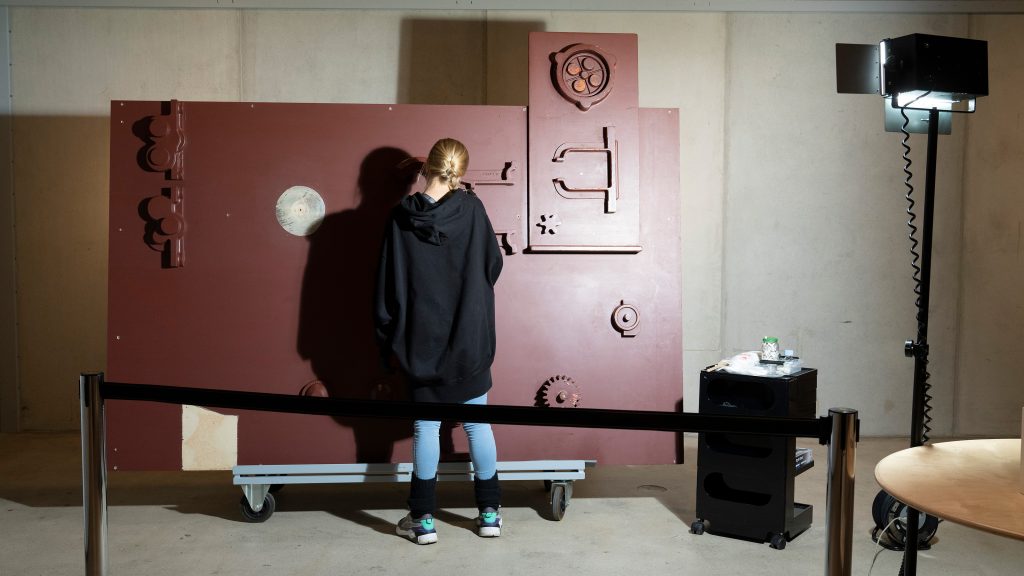 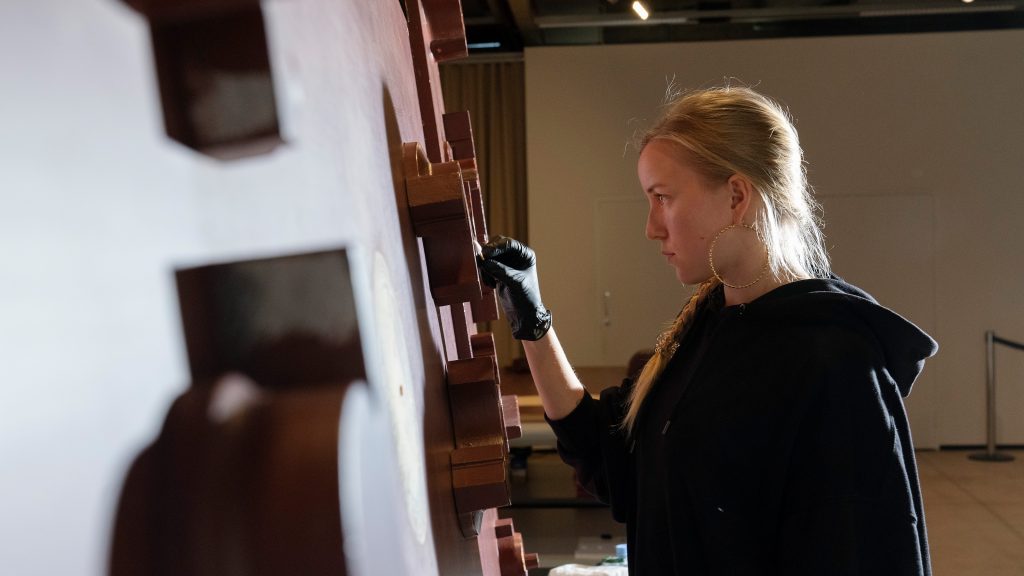 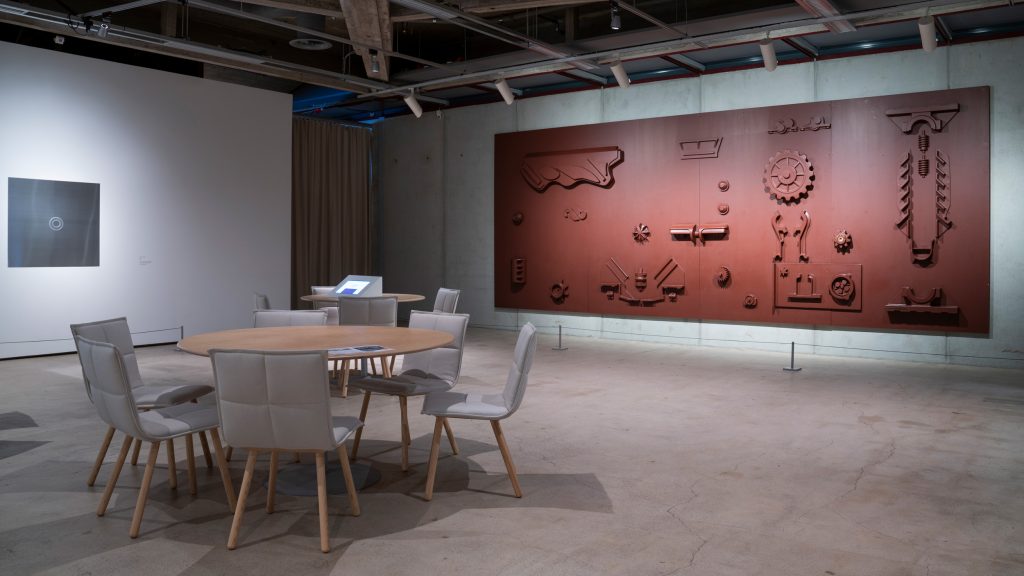