Tapio Wirkkala is the embodiment of modern Finnish design. The exhibition presents his works creating a look into the two landscapes of his life – Venice and Lapland.

Tapio Wirkkala is still one of the internationally best-known Finnish designers. Glass became a central material for him during his versatile and productive career. Objects designed by Wirkkala as well as his artistic works are included in many leading museum collections around the world.

Wirkkala, who had started his career as a sculptor, took part in a competition organized by the glass manufacturer Iittala in 1946 which started their collaboration ranging over four decades. His long-lasting collaboration with the Venini glassworks in Murano began in the mid 1960s.

Wirkkala discovered the different possibilities offered by a coloured glass mass that could combine incalmo, half filigree and murrine. For example incalmo technique is applied in Wirkkala’s Bolle bottles and Piatto di Tapio plates. 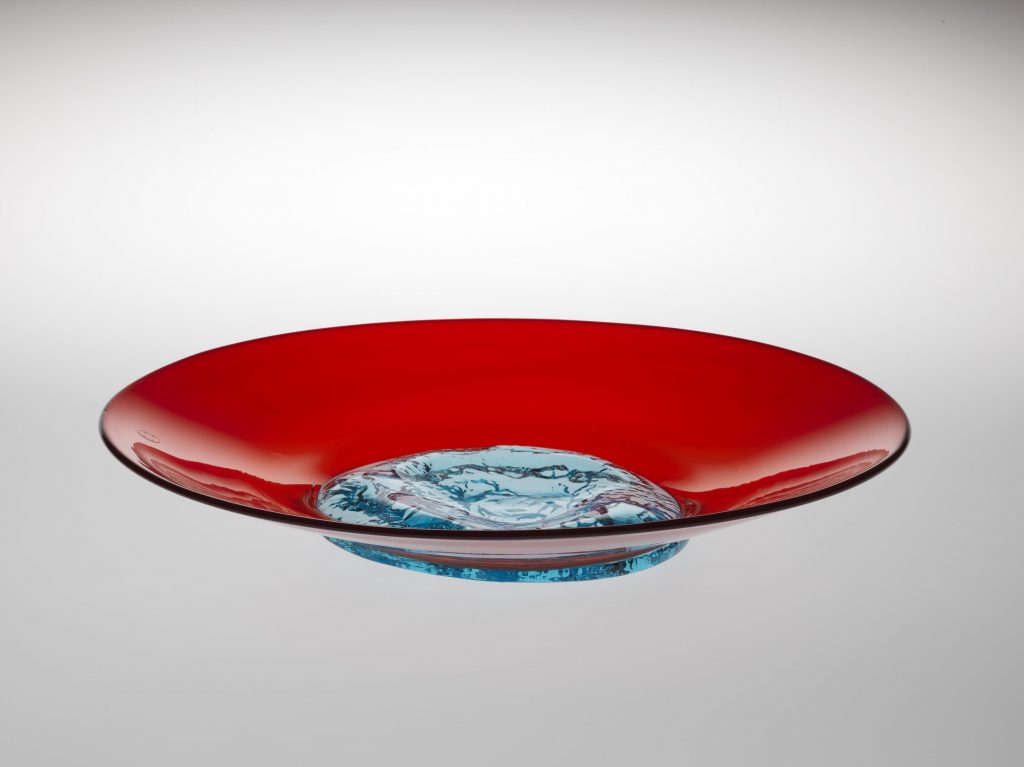 The exhibition’s curators, designer Harri Koskinen and architect Marco Romanelli, create a dialogue between Italian and Finnish viewpoints and the tradition of glass design through Wirkkala’s works.

“It has been great to understand how comprehensively Tapio’s works and Tapio as a person influences Italians. In the late 50’s his achievements were celebrated several times by the Italian media, hence he still has a strong presence in Italian design culture”, states the Curator Harri Koskinen.